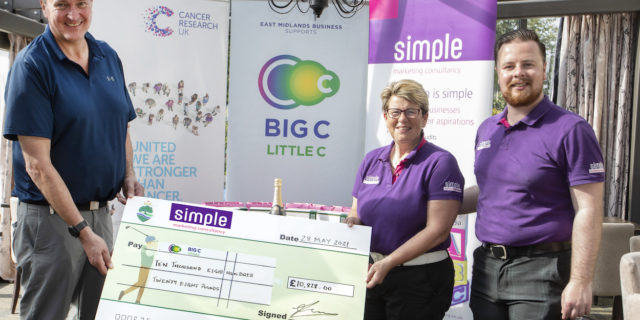 Along with five other local businesses we have completed our mammoth golf challenge and, having raised a final total of £11,361 for the charity BigCLittleC which supports local NSPCC and Cancer Research initiatives, we have now committed to make it an annual event until £100,000 is raised.

The event, which took place on Friday 28 May, was organised by Bev Cook from Simple Marketing Consultancy who in her year as 2020 Lady Captain at the Nottinghamshire Golf and Country Club pledged to unite businesses across the East Midlands in a “3 Peaks” style golf challenge.  Aptly renamed “The 3 Bunkers Challenge” the teams gathered at 6.30 am to play three courses across Derbyshire, Leicestershire and Nottinghamshire within ten hours. 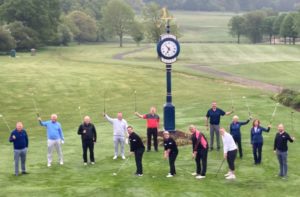 Commenting on the success of the event, Bev Cook, Managing Director of Simple Marketing Consultancy said, “I was really disappointed when last year’s event had to be cancelled as we had a massive after-party BBQ and auction planned which would have raised a lot more money.  So, despite having to scale back the event, I am really delighted that we still achieved our fundraising goal and I am even more thrilled that the team captain’s enjoyed themselves that much we have committed to repeating the event until we have raised £100,000.” 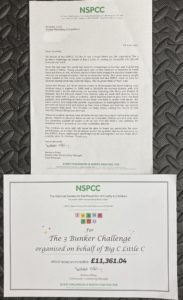 She added “I’d like to thank each golfer for the effort they have put in to attract online donations via our 3 Bunkers Virgingiving page. I would also like to thank Andrew Allsop who suggested the idea and for donating the tees at Morley Hayes, as well as Charnwood Forest Golf Club and The Nottinghamshire Golf Club for their generous hospitality. Special thanks to John Mclean Photography for his time attending the presentation and to Tecserv UK and James Coles Nurseries for donating auction prizes. Also, Rebecca Tinsley from Inspired Villages who used one of her company volunteer days to help with event management.” 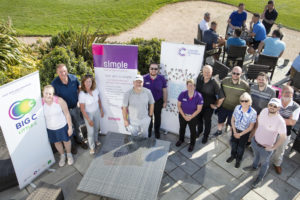 Commenting Colin said, “The last year has been tough for charities as their income has been significantly diminished. I’m delighted we have been able to go ahead with the 3 Bunkers Challenge as we’ve all had great fun whilst fundraising for an important cause. I hope that other businesses will now be encouraged to adopt our charity and hold events of their own so we can raise money to enable NSPCC and Cancer Research to support local people affected by cancer and children that are at risk of abuse. Simple Marketing Consultancy has done a great job managing the event and maximising publicity so that we still achieved our target.” 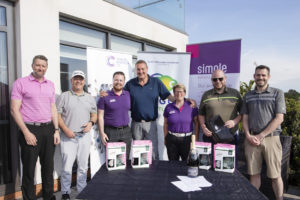 A quirk in the scoring, and hence why the event was called the 3 Bunkers Challenge required each player to record how many bunkers their ball landed in and this figure was deducted from the teams’ overall points score to determine the winning team. The challenge was won by  Mazars which included Bob Johnson, Andrew Hickson, Rob Cresswell and Mark Lunn.