Simple Marketing Consultancy > News > Advice > What Facebook Knows About You 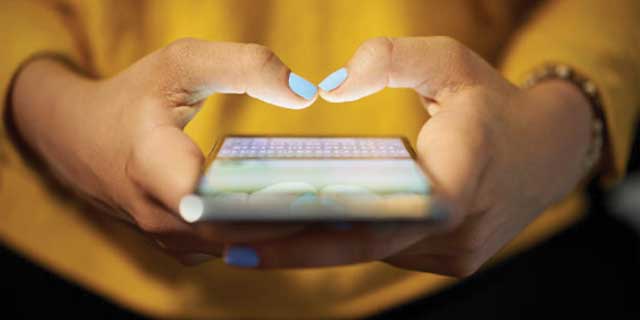 Each day over 32 million users across the globe share their lives on Facebook. It’s a modern phenomenon that has changed the world and affected the lives of so many, but questions have been raised as to what Facebook knows about you and how Facebook uses the personal information it gathers from the content we share. This article will amaze you when you realise just how much data you are giving away, despite, you may think, having tightly locked down all the appropriate privacy settings!

A programme broadcast by the BBC Panorama team delved deeper into the question of how much data Facebook has on its users to share with third parties. Reporter Darragh MacIntyre investigated how Facebook’s powerful algorithms are now enabling politicians and advertisers to target potential customers more directly and questioned whether the company’s size and complexity now makes it possible to regulate.

The birth child of the infamous Mark Zuckerberg, Facebook was originally created in 2004 as a college project designed to help Harvard University students communicate with one another. Now almost thirteen years on, Facebook  accounts for two billion users worldwide.

With so many users it is thought that Facebook knows more about our personal lives than any other business in history. Even though you may have opted for “high” privacy settings, BBC’s Panorama team demonstrated that anything you share online is public, if you know where to look for it.

The BBC’s crew interviewed random members of the public, who then proceeded to search to find what personal information they could find on that individual. The results were disturbing, with many of the interviewees becoming visually concerned about just how public their lives had become via a simple search.

The personal information that Facebook stores is what enables it to make increasing profits year on year, which may lead you to ask how? The reason why Facebook stores this information is because it makes it money by promising big companies that it can advertise to specific types of people.

The Facebook algorithms analyse your online footprint via photos, posts, and page likes and sponsored posts and match that data to findings from your real life, making it a dream for advertisers who can individually target you in the blink of an eye. The information Facebook sells to advertising companies has enabled it to become a $400 billion company.

You may think Facebook is innocent, a tool that allows you to keep in touch with your family and friends, but Facebook is also beginning to impact our lives from a political standpoint, as well as on more sensitive issues such as religion and terrorism.

The social media giant is now allowing political groups to subliminally influence those it believes will be passionate about their campaign policies. This type of targeting has had a profound influence on major economic events such as Brexit and the US Presidential Election.

During the BBC documentary Darragh MacIntyre, looked into how Facebook was used by the Republican Party during the US Presidential Election which saw Donald Trump elected President. Throughout the campaign the Republican Party worked in close association with members of Facebook to create targeted campaigns. Via personal information the Republicans had collated on existing supporters, it then sent that information to Facebook who were able to match the profile to other similar Facebook user profiles and suggest people who would be sympathetic to their manifesto policies. It was reported that Facebook earned $250 million during the campaign, a fact, which when questioned, Facebook strictly deny.

Whether you think this is ethical or not, Facebook is unregulated and, consequently, another concern – “fake news”- has become a genuine issue. Throughout the US election campaigns, both parties produced fake news stories designed to damage or enhance a campaign.

To date Facebook has refused to monitor or remove news it is told to be false, and when questioned on the issue, a spokesman speaking on behalf of Facebook said, “We take fake news very seriously but we don’t want to be in a position where we are censoring the internet.”

Unfortunately, Facebook has become too big and complex to be regulated by the authorities, and with many government officials just simply too uneducated as to how Facebook works, many commentators don’t expect it to be become regulated anytime soon.

Never more so has it been so important to really think carefully about what you are sharing online and with the UK general election coming up, it will be very interesting to see just how much of an influence Facebook has on the outcome. It is clearly not just a case of monitoring your privacy settings, clearly information can still leak of your friends don’t have the same levels.

If you have not watched the full BBC Panorama documentary you can view it now via the following link.

In researching content to write this article we looked up what Facebook knows about our profiles. The depth and breath of information it has gathered and can share is frightening.

Now tell us what you think – should Facebook be regulated or not?