‘HELP for HEROES’ gets a Simple backing 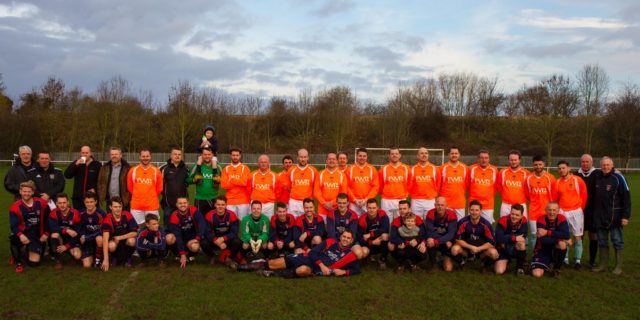 For over 20 years Boxing Day has been a day key date in the diary for many who live in Radcliffe-On-Trent due to a very special football match that takes place.

The festive period is a time to celebrate with friends and family but also a time to be thankful for those that have served in our armed forces. It is for this reason that Radcliffe Olympic Football Club host its annual charity football match to help raise funds for ‘HELP for HEROES.’

The Charity Football match between a Radcliffe Olympic Vets team and a Radcliffe Olympic Select team was started back in 1996 and since its inception has raised over £18,300 for various charities. Last year’s event raised a record £1,810. Simple Marketing Consultancy, which is based in Radcliffe on Trent, will be sponsoring the 2016 event, which is being held at the Recreation Ground on Wharf Lane. 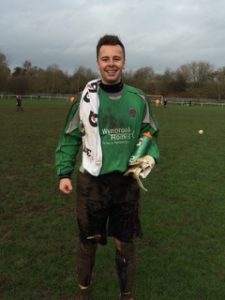 John Watts, from Radcliffe Olympic said, “The money is raised from advertising in the match day programme, raffle tickets and from donations by all the players who take part and spectators who come to watch the game. The match kicks off at 10.30am followed by a presentation in Radcliffe on Trent Royal British Legion and everyone one is welcome to come and watch!”

Other businesses have donated raffles prizes. So far this year, prizes will include vouchers to play golf at Radcliffe on Trent, Ruddington Grange and Springwater Golf Clubs, as well as meal vouchers for The Chestnut, The Royal Oak, Manvers Arms and Crystal Lillies.

As an ex player, Simple Marketing Consultancy Account Director, Elliot Cook, is planning to play in goal for the Vets side, commenting he said, “Apart from being a great way to offset the calorie intake of Christmas Day, the football match helps a great charity provide support to military service men and women.”

Help for Heroes was founded in 2007 to provide direct, practical support for wounded, injured and sick service personnel, veterans and their loved ones.