Advice for employers who allow staff to use Linkedin 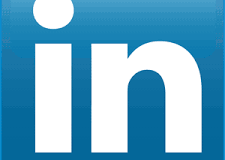 The use of social media to promote businesses, products, service, events and advice is growing. Employers are encouraging staff to build their network far and wide and share company updates with their connections. Linkedin is more recognised as the preferred business to business social media platform, but there are some precautionary measures to be aware of and consider if you wish to allow staff to use Linkedin. 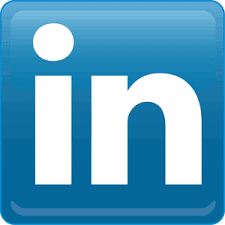 LinkedIn is widespread, with an estimated 200 million users worldwide, and around 11 million people in the UK alone using it.

Often employers encourage the use of LinkedIn by their employees, having recognised the benefits that it brings when trying to promote a business. However, what many employers are beginning to realise is that LinkedIn is perhaps even more effective as a promoter of individuals. With this, comes significant new risks for any employer, particular when their LinkedIn using employees leave. To help you to understand the risks, here is a handy list I found on the mol law website of the key things that you need to know about your employees using LinkedIn.

LinkedIn’s own membership terms state that the individual owns the account and that users must not let any third party use their accounts, transfer their account to a third party or disclose their password to anybody else. These terms have not been tested in the courts but they present a potential challenge to employer policies which require employees to use corporate accounts belonging to the employer, rather than their own personal accounts.

2) Who owns the connections?

Employers often argue that connections made by employees in the course of their employment belong to the employer and social media policies are increasingly drafted on this basis, including a requirement for any such connections held in an employee’s personal account to be deleted should the employee leave the business.

The issue of ownership of connections and networks on social media was a factor considered in a 2013 case which suggested that there may be a number of factors to be borne in mind when determining ownership, such as the circumstances in which the connections arose. However, no formal decision was reached in that case on this issue, which means that this is another area which has not yet been fully tested in the courts. In the absence of clear guidance, practical solutions are therefore likely to be more effective that legal solutions.

One simple approach, which a surprisingly high number of employers neglect, is to require all new business contacts made by employees to be added to a central, internal database. This at least reduces the risk of an employer being left without access to contact details which would otherwise be held on LinkedIn accounts only.

Another approach would be to include a clause in contracts of employment requiring all connections made by employees during their employment with the employer to be deleted from their accounts when they leave the business. Whether this would be enforceable is another question, but many employees are likely to be suitably deterred by this requirement and go along with it without challenge.

3) Do the connections amount to confidential information that can be protected?

The law in relation to confidential information is often something which employers try to rely upon when former employees exploit LinkedIn contacts made during their employment with the employer. However, this is unlikely to be something which the courts would uphold, given that contact details are freely and publically available on LinkedIn. Courts are likely to restrict this type of protection to more traditional confidential information or genuine trade secrets.

Employers may find more success relying on the Copyright and Rights in Databases Regulations 1997, which may enable them to argue that LinkedIn contacts made by an employee during their employment with them amounts to a database which, if used without authorisation, would infringe on the employer’s right as the owner of the database.

4) Use of traditional post-termination restrictions

Many employers impose post-termination restrictions on their employees by including specific restrictions in their contracts of employment which prevent them from poaching customers or working for a competitor, amongst other things. As these restrictions have been around for many years, they typically follow a particular format which would rarely capture similar conduct carried out via LinkedIn.

A relevant issue in this regard was considered during a 2012 court case which had to decide whether a former employee’s public announcement about getting a new job could be considered as an attempt to solicit the former employer’s customers. In this case, the court found that this did not amount to solicitation. Frequently, this sort of announcement is made by individuals via LinkedIn, perhaps even inadvertently, which will alert many of their former employer’s contacts who the individual may be connected to on LinkedIn. It therefore seems likely given that case that this type of announcement would not breach traditional restrictive covenants and it is therefore recommended that employers tailor their restrictive covenants to capture conduct via LinkedIn where this may pose a risk to the business.

So what can employers do?

Employers should be mindful that the legal protection available, at least at the moment, is not entirely adequate when it comes to dealing with a former employer’s misuse of LinkedIn. However, employers can still take important steps to give themselves the best possible protection by:

Putting in place a Social Media Policy which makes it clear that any connections made during employment belong to the employer and must be deleted from any personal account when the employee leaves;
Ensuring that all connections are recorded internally in a separate database; and
Ensuring that any relevant restrictive covenants are properly tailored to cover the scenarios referred to above.

If practicable, employers should also consider requiring employees to use corporate LinkedIn accounts, rather than personal accounts, which remain the property of the employer and must be returned when the employee leaves the business. Whilst the question of whether the above steps would be legally enforceable has not yet been determined, they still represent positive and practical steps towards dealing with the new risks posed to employers by this brand of social media.